According to the press release at the time:

“The team of 27 scientists and technicians led by Dr Brian King of NOCS left the UK on New Year’s Day to join RRS Discovery in Freeport, Bahamas. Since leaving Freeport the ship has made physical, chemical and biological measurements in the Florida Current, the part of the Gulf Stream wedged between the islands of the Bahamas and the mainland USA.

The ship will make a comprehensive survey of the state of the ocean from the surface to seabed and continent to the continent at latitude 24.5°N, finishing in Lisbon, Portugal. Up to 150 vertical profiles will be completed, with a horizontal spacing of 30 miles.

At each vertical ‘station’, the ship will come to a stop so that equipment can be lowered to the seabed to make a continuous profile of ocean temperature, salinity, biological activity and oxygen saturation; the latter is an indicator of the history of biological activity since the water was last near the sea surface. At 24 levels in the vertical, discrete water samples were captured in 20-litre bottles that are sealed until the bottles are recovered onto the ship.

When nearly half a tonne of seawater arrives on deck, a team of chemists gathers around the equipment to extract water from the sealed bottles. This is followed by an analysis of the water for concentration of dissolved carbon dioxide, chlorofluorocarbons (CFCs), nutrients, dissolved oxygen and other biological tracers.

The cruise track followed by RRS Discovery has been the subject of detailed surveys five times before, in 1957, 1981, 1992, 1998 and most recently, also from Discovery, in 2004. King and his colleagues have been anticipating the present expedition ever since the 2004 cruise. “One of the first things we will look for in the data are answers to two major questions: How much the ocean has warmed in the last decade, and is any there any evidence for a change in the amount of heat the Atlantic Ocean carries northwards at this latitude?” said Dr King.” 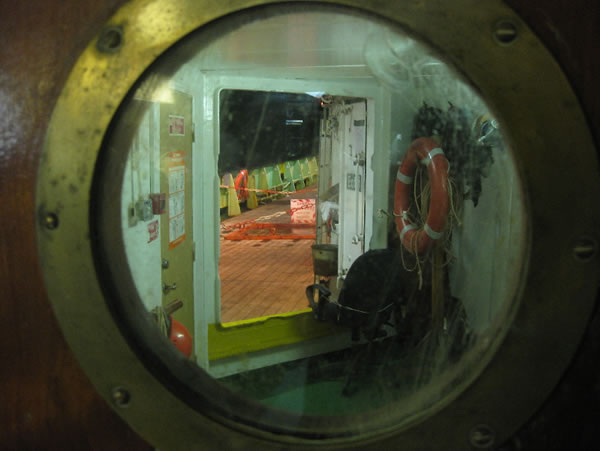 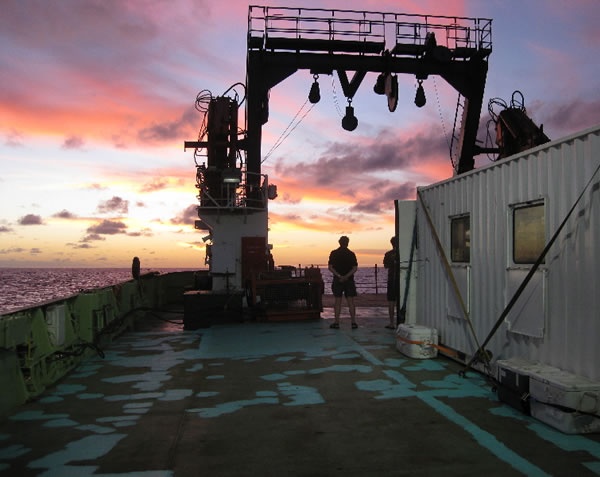