Since 1989 the Porcupine Abyssal Plain (PAP) site in the North-East Atlantic (49ºN, 16ºW), has been one of the most frequently studied deep ocean sites. The reason is that, while the site is reasonably close to shore, it is a deep open ocean site (4840m) allowing the studying of oceanic processes throughout the water column without coastal interference but still easily accessible from ports in the United Kingdom and Ireland.

The mooring at the PAP site is one of nine deep ocean sea observatories that make up a European-wide observing system called EuroSITES which became part of the FixO3 network. The information these observatories collect improves scientific understanding of short-term variability and long-term trends in the ocean. The mooring has had various incarnations and presents particular challenges for mooring design, firstly because of the depth and also because it has a surface float, below which an instrument package is deployed in the surface zone.  The top elements of the mooring are more susceptible to high energy surface conditions as a result and require a significantly different approach in terms of design to cope with these conditions.

Keen Marine was familiar with the site from Peter’s days working for NOC having visited the site several times for regular instrument recovery and servicing.  In 2009 Keen Marine was contracted to accompany a voyage to design and deploying short term deep water moorings at the site in addition to conducting water column profiling. 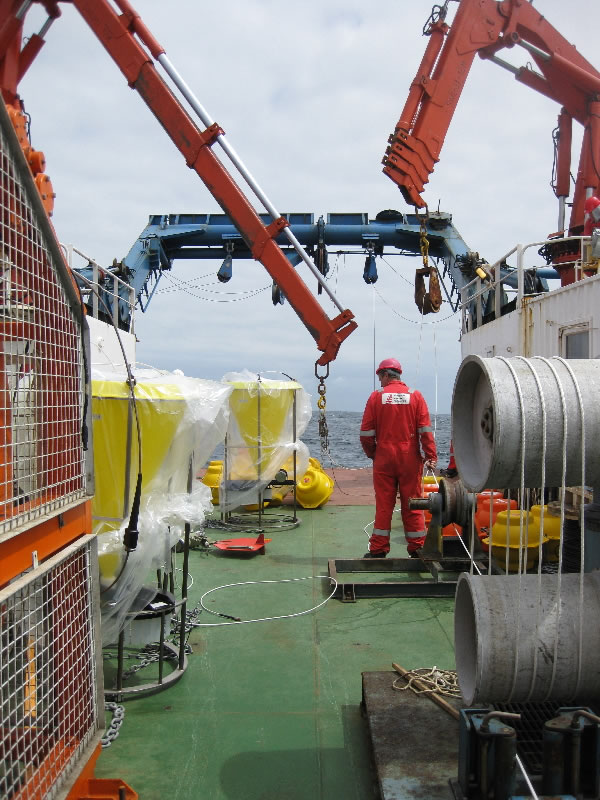 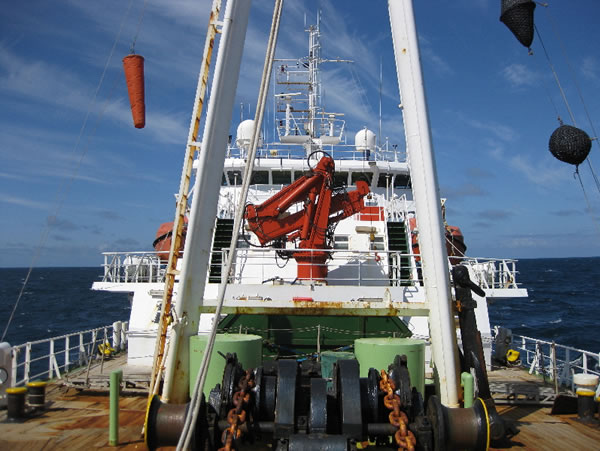 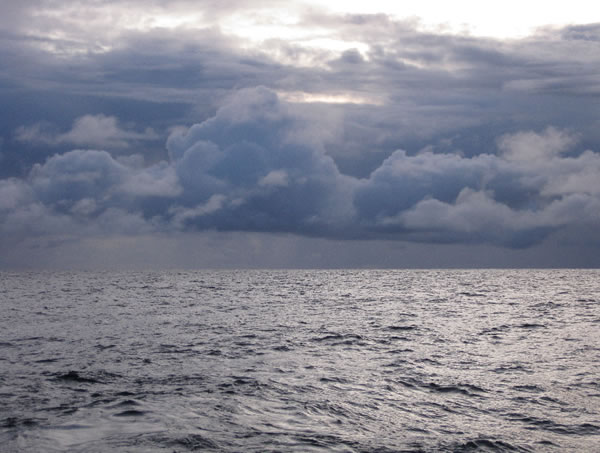